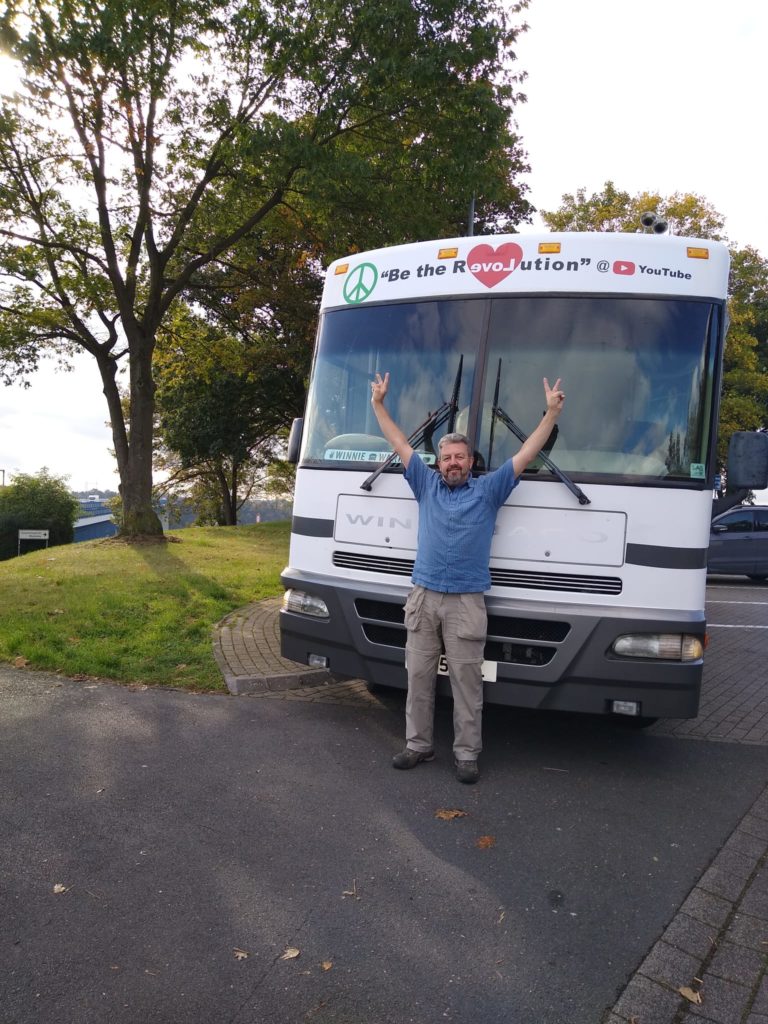 GIVE PEACE A CHANCE

Hello all, I wanted to introduce myself here and explain more about the Abundant Earth Community as an idea and how it came to be.

My name is Peaceful Warrior. I am devoted to spreading LOVE, PEACE and HARMONY in the world.
Many years ago now, I learned that the way to enjoy true happiness meant sharing everything with others. I read many books that suggested ideas that would later formulate a spark of creativity, and to this day I am living proof that when we create abundance for others, we also receive that in response.
One of the most inspiring books I’ve thus-far read was, ‘Way of the Peaceful Warrior‘ by Dan Millman. A simple story of challenges, facing daunting odds and overcoming many doubts about our own abilities, spurred me on to become the tryer that I am today. I may not yet have achieved complete Yogic serenity, but am much more passionate about living as if every day is my last, and caring for the people and planet around me. There are no ordinary moments and take out the trash are two amazing, incredibly powerful concepts I found in Dan’s book that have shaped the way I go about life these days. It’s worth a read I can assure you.

As my confidence grew I shared much of my ideas with other like-minded folk. Their response was not to criticise such views but happily to imagine with me that other ways of doing things were indeed possible. They became a huge part of the inspiration for the Abundant Earth Community (A.E.C), each one of them leaving seeds that would later begin to grow and take root in my efforts to advance the sharing aspect of communities. I learned so much about the co-operative movements of the past and saw just how powerful the ideas of collaboration, caring and mutual support were. I became engaged with lots of projects from growing food, bike recycling and re-use, community co-operative ventures and a craft café hub. I learnt about sustainability with groups like Transition Town, green campaign groups, and also completed a course in Permaculture design with Hannah Thorogood. All of these ideas became a huge melting pot of creativity for doing things in a new way.

A quote from the famous inventor Richard Buckminster Fuller that I hold as priceless is;

You never change things by fighting the existing reality. To change something, create a new model that makes the existing model obsolete.

You may notice that I mis-quoted the word build for create. This is because I believe that building starts before the operation of putting blocks into place. A foundation is needed and imagination to see what the outcome might look like. I now hope that these efforts will create more abundance on the earth for the people who crave Peace, Love and Understanding.

So just like the lyrics of the John Lennon song Imagine, I saw how much better a world without suffering might look. One not based on fear and greed but on love, compassion and sharing. And this is where the ideas for a co-operative community came from.

Now in an amazing and fortuitous collaboration with Hedwig-Schenkel-Haus, or more importantly the beautiful soul behind that idea, Manuela Schenkel, the A.E.C. comes to life once again in the combined project called simply: SHARE-IT.

Now if this isn’t the best of ideas come together, I don’t know what is!

If you’d like to know more about how I try to inspire others through songwriting and collaboration with my brothers, check out two of the songs I have on Youtube below. Click on the images to see where the rabbit hole takes you. Enjoy x

With Love, Peace and much hope.
Peaceful Warrior.