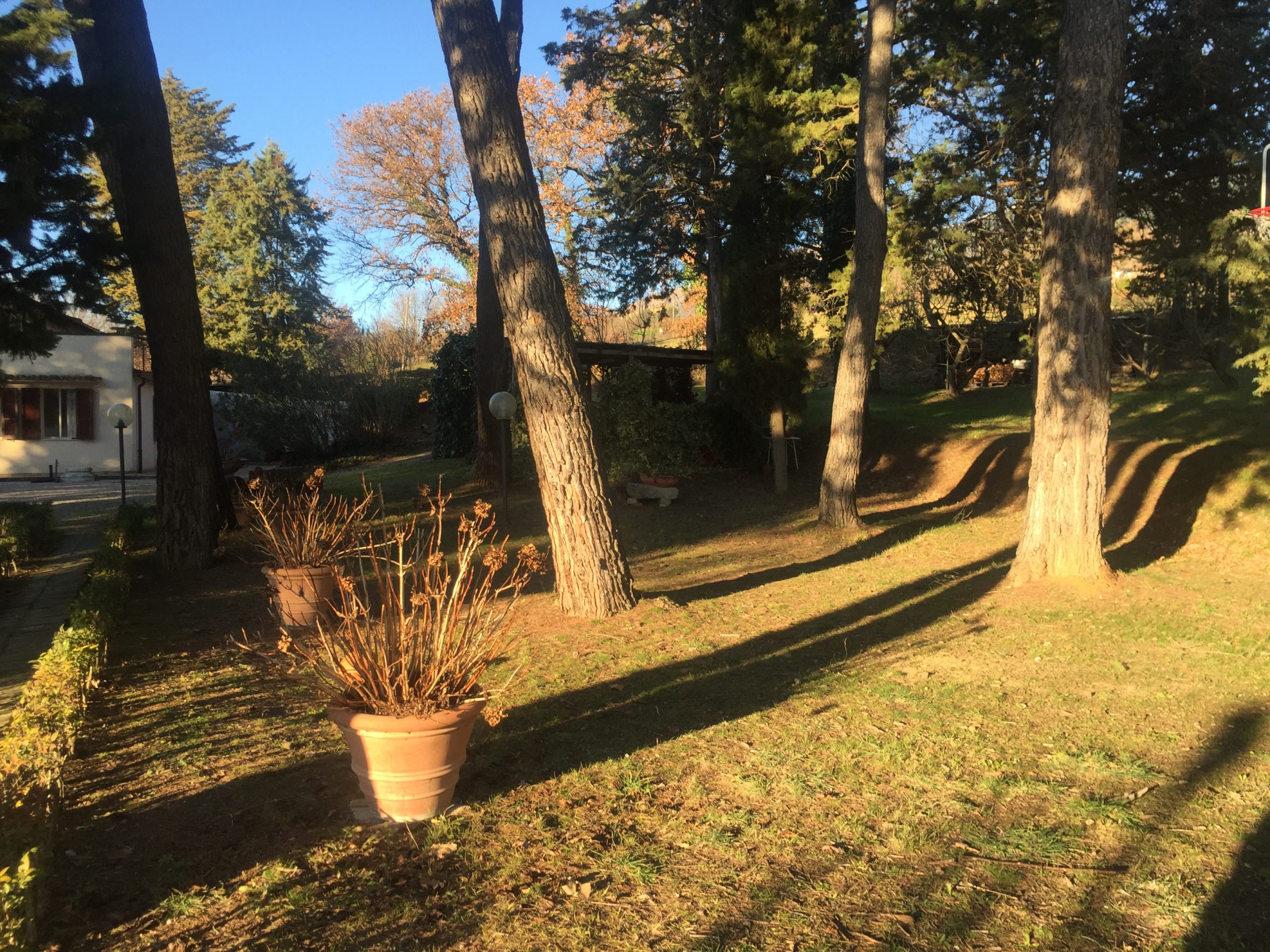 Manuela and I had booked to see a property this morning near to a town called Marsciano. We arrived early and took a drive into the hills overlooking the valley and had a birdseye view towards the Agri-tourism in the plane below. Though the views were quite lovely, neither of us really felt the buzz we had hoped for the viewing. As we arrived at the site we were met by a very professional agent called Federico who spoke wonderful English which was nice as I do not speak much Italian at the minute, and he began to tell us all about land and supplies and details of the area. Something didn’t sit right with us, about this now unused restaurant and grounds, though it did come fully equipped and ready to roll as it were. There was much character in the main building, but neither of us felt it had exactly the right feel and or space for the project to go ahead. It was very tired and worn in some rooms and needed maybe more than cleaning. I think the agent must have sensed that it was not right for us and he soon came up with a solution after having listened patiently to our ideas and aims for the Share-It Community.

He had on the books another property, added mid 2020 which had a lot of accomodation space but only a couple of Hectares of land with it, and not very many community shared spaces he thought. So we asked if maybe we could see it and were prepared to maybe come back next week for a viewing. No, he rang the owners and arranged a viewing this afternoon and we made our way over through the Perugian countryside which is quite lovely, even in mid January. (Mid winter)

Like our usual habit we arrived early and drove around the area for a while to pick up the feel of the space and environment. It sits in the foot of small mountains, one close by had a scattering of snow on top. From a picnic/activity/walking, carpark we found some of the most breathtaking views we have yet seen in Umbria, things were beginning to look up. Behind the property a small hamlet of houses one with a castle tower stood majestically in the late afternoon sunshine and in the flat of the valley we discovered that we were in a place called wine street. (Strada del vino). Within only a couple of kilometres in each direction there were, shops/cafes and many other local self-producing businesses, petrol stations and a large supermarket. Though we are aiming at a measure of self-sufficiency in time, it is reassuring to know much local produce is close-by. When we arrived at the property we were both very excited with our discoveries so far, and thoughts of earlier had long since vanished!

Met again by Federico we were briefly introduced to the owner and one of her family and happily took a tour of the grounds, before the evening cooled down too much and we lost the light. Though it was covered for the winter we saw a very interesting, large swimming pool that had an Olive tree peninsular. Not many of those in the world I might add! Large areas for lounging alongside the pool, gardens and activity spaces, outdoor dining in the spring would be so pleasant here. The grounds are covered by some very established trees and offered plenty of shady spots no doubt throughout the year. The lawns were more like large meadows and we could easily imagine them being full of wildflowers of all varieties. Though the land is not so much a forest than a carefully tended garden it did have that wild and rugged feel to it that made us sense a balance with nature. There is a strong possibility that we could also purchase the adjacent agricultural field of app 1.8 ha which would give us all the food growing space we would ever need, and I can easily see a couple of carefully tended polytunnels for all year round food growing here, alongside olive trees, maybe even more citrus fruit trees and other fruits. But, the best was yet to come!

We moved back to the house to discover not 1, not 2, but 11 individual apartments, mostly with 2 bedrooms and a bathroom, but all with a kitchen and living space. Some had more areas for a study or reading room and each apartment had its own particular charm having been re-developed perhaps in a 1970’s. Other apartments had been renovated later in the 90’s and recently more in the early 21st century so the mix was really interesting. I would add that most of the apartments are ready to move into and have been rewired and brought up to a high standard of finish. We spent most of the first hour with our mouths open wide in surprise and awe at the amount of space and comfort these apartments would give all of our members. To be fair we wanted to ask for a break as there were so many things, features to take in at the first viewing we were weary. But we kept going, Manuela with note pad and pen, camera and questions, and I, checking out all the spaces, nooks and crannies, and planning how to adapt some areas for our communal usage. We didn’t get to see all the apartments in the end, one small one is currently rented out, and the top floor has we believe two 2 bedroom apartments currently used by the owners. But in fairness we were ready for a sit down and a chat between ourselves, this was surely the mystery property that we can see doing all of the things the Share-It Community would need at this time. The house has 5 ground-floor apartments for those that want to avoid stairs, but actually the first floor is also near to ground level at the back of the house where a sloped driveway brings the gradient up. It is also possible to add a lift through the centre of the building, I feel sure. In the basement as it is, (true ground floor) many large rooms are currently being used for storage of tables and beds and other furniture etc, which would make amazingly large social spaces and workshop/activity places for the community.

Wow, in short we really felt that if we could get the funds together reasonably soon from our ever growing pool of investors, we could get the Share-It Community up and running before the autumn this year. We already have quite a number of keen and interested people looking at renting spaces as part of joining the community which would give us a real chance of setting a great example of how to live well as we grow older in a cooperative and democratically organised community. More pictures coming tomorrow or real soon as it is now late in the evening and we have a few more properties to see over the coming days. This one will be hard to beat, so please get in touch if you would like to be involved in co-creating the Share-It Community here in Umbria this year. Its all about doing this together for Manuela and I, there is no I in Team…..