Day 3 of the Viewings 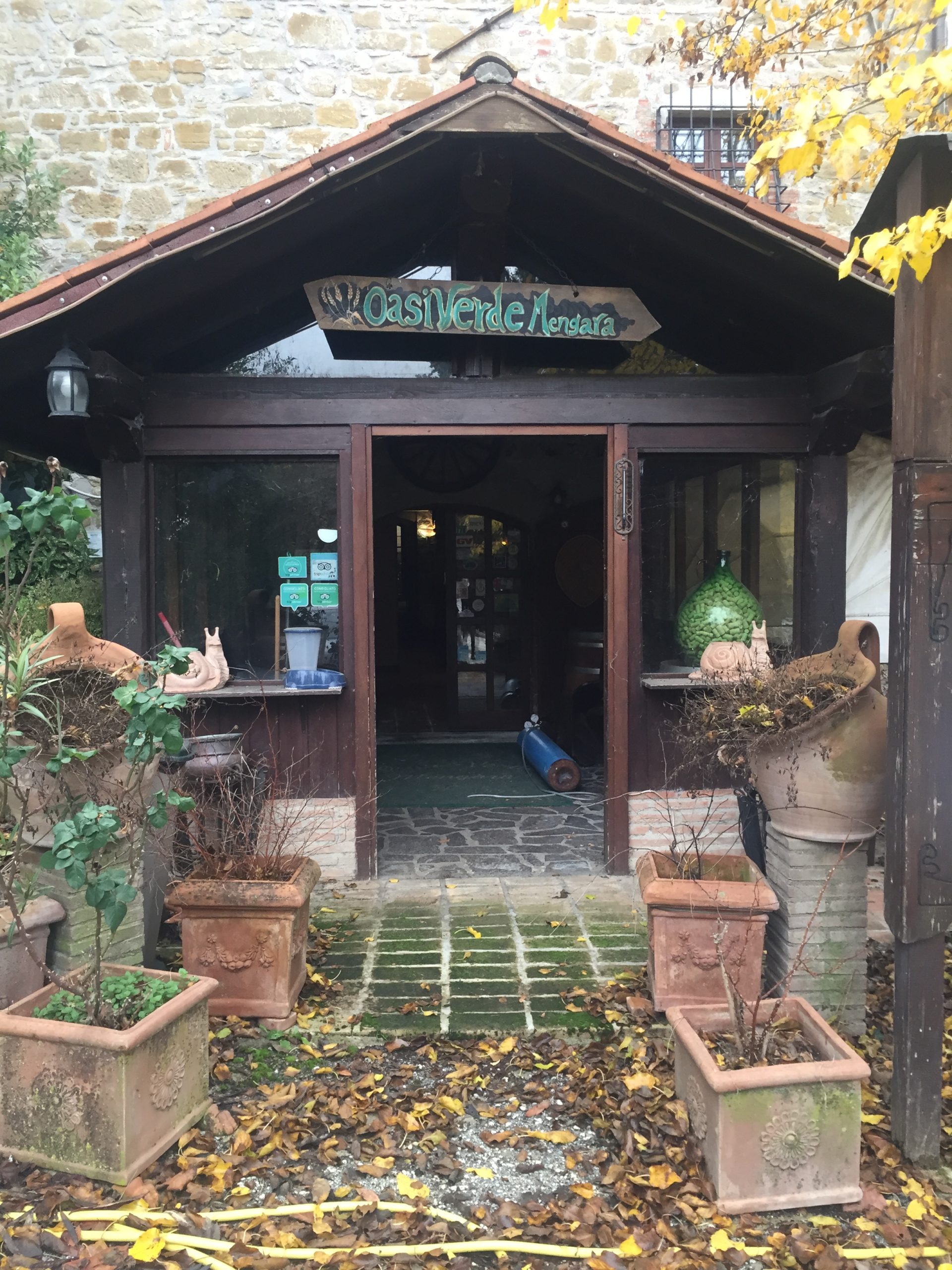 The property today was near to a village called Gubbio in northern Umbria close to Perugia. It is quite a large property standing on 102ha (1.020.000m2) (252Acres) of land. Immediately I liked the property, Manuela warmed to it later, as it has in my opinion so much future potential. By this I mean it offers a lot of room for expansion of the project ideas, has an enormous amount of living and external building space, large woodlands and plenty of sources of water. The property has been left unused for a number of years and has signs of damage from lack of the heating being on in the winter and almost no ground maintenance. The swimming pool and patio around it needs extensive repairs and some of the outer buildings do show evidence of subsidence, but in the main I felt it was in very sound condition for a building of the 1800’s that has been added to. There was a private chapel that is consecrated and lots of bathrooms on many levels mean that as a community we wouldn’t be short of services. The main building is very characterful, many twisty turns lead to almost hidden rooms and nooks. It has not one but two industrial kitchens as it was serving up to 110 covers daily in the restaurant until 2018. There are a number of dining rooms, both large for our community and also smaller ones for more intimate eating and recreation. There is also a bar and breakfast serving area, with patio doors leading directly into the gardens and patios for outdoor dining. The main dining room has a feature central fireplace which gave the room a nice romantic and warm feeling to it.

Alongside the main building is a separate entrance to the upper floors that contain at least six very large bedrooms, most with two bedrooms and a private en-suite bathroom. Note in the photos the four poster beds. From a number of these bedroom suites the views across the estate are quite stunning. The rooms were very spacious and in the main the decor was good and the bathrooms ready to use perhaps with a small amount of repairs. Though the access was by a wide staircase to these bedrooms it was possible to retro fit a lift for less active members.

Next we followed the owner and the estate agents to a series of very large and well equipped industrial buildings. Many had large cold storage fridges and one had a lasagne rolling machine. There was equipment for grain harvesting and storage, and lots of machinery for the production of honey from the 52 hives, and much preserve (jam) capacity. Though we aren’t at this stage deeply considering the food production route, there is certainly possibility for that at some later time. Next was a large almost complete structure that was intended to be a wellness centre for the Agro-tourism part of their business. On top of the adjacent straw storage facility and wellness centre were a series of photo-voltaic solar panels at about 60kwh which we were told brings in at least 2.000€ per month of revenue.

Following this we went to a separate structure that was set below the main house accessible by a small road and sloped pathways (overgrown with grass etc.) This consisted of at least ten separate one bedroom apartments with en-suite, served by a central washing/laundry room and each apartment had its own heating controls and wi-fi internet connection. The last one of these apartments was the one that concerned me the most as it had clearly been damaged by subsidence, though I believe it could be easily repaired as it is on the end of the structures. Again each of the apartments had a small terrace and great views out across the valley and property fields.

The swimming pool was quite large and had separate changing rooms and a toilet/external showers as we expected. My issue was with the pool itself, showing some evidence of a land moving experience. The region is in a risk area for earthquakes though we were assured that the recent earth tremours were not a factor in this matter. I actually doubt that, but in real terms the pool was repairable and would be an amazing asset for the Share-It Community with almost total privacy from the surrounding property. There was another large building close-by, that housed all the farm equipment and the pool pumps filters etc. On balance I felt that this property had the makings of a real value for money purchase, having been valued only a few short years ago for between 4.500.000€ and 5.000.000€ and at almost one third of that price now. We discovered that on the property at a distance from the main structures was a ruin that had permission to be reconstructed at a later date which would be quite a considerable size. This ruin and the land around it was served by another road access and hidden by approximately 35ha of forest. There were at least ten separate accesses to the estate, being crossed by two local roads.

Manuela eventually agreed that this property did in fact have all of the basic and sustainable aspects we might need for a long term project, as well as many of the luxury spaces for a combined activity complex and living community. My estimate for the repairs and initial maintenance issues was that we could delay many of the structural items in favour of getting this place cleaned and back to a habitable dwelling in approximately 8 weeks. Depending upon how many volunteers we had of course. Further to that another month or two for the more structural repairs and the pool. In our opinion this property did have a value for money ratio higher than some of the others we viewed, but was not an instant move in option for an entire community. Though it could easily home at least 30 people in modest luxury some spaces were not instantly serviceable as private dwellings with en-suite but could be adapted to such.

I personally had this as my No.1 choice because of the spacious feel to it and the potential for expansion and guest accommodation and value for money. Manuela was holding it at her No.2 behind the one near to Amelia based on instant comfort and affordability. We look forward to your comments about this property and the aims we have as a community in developing our goals.

2 thoughts on “Day 3 of the Viewings”