Day 1 of the viewings. 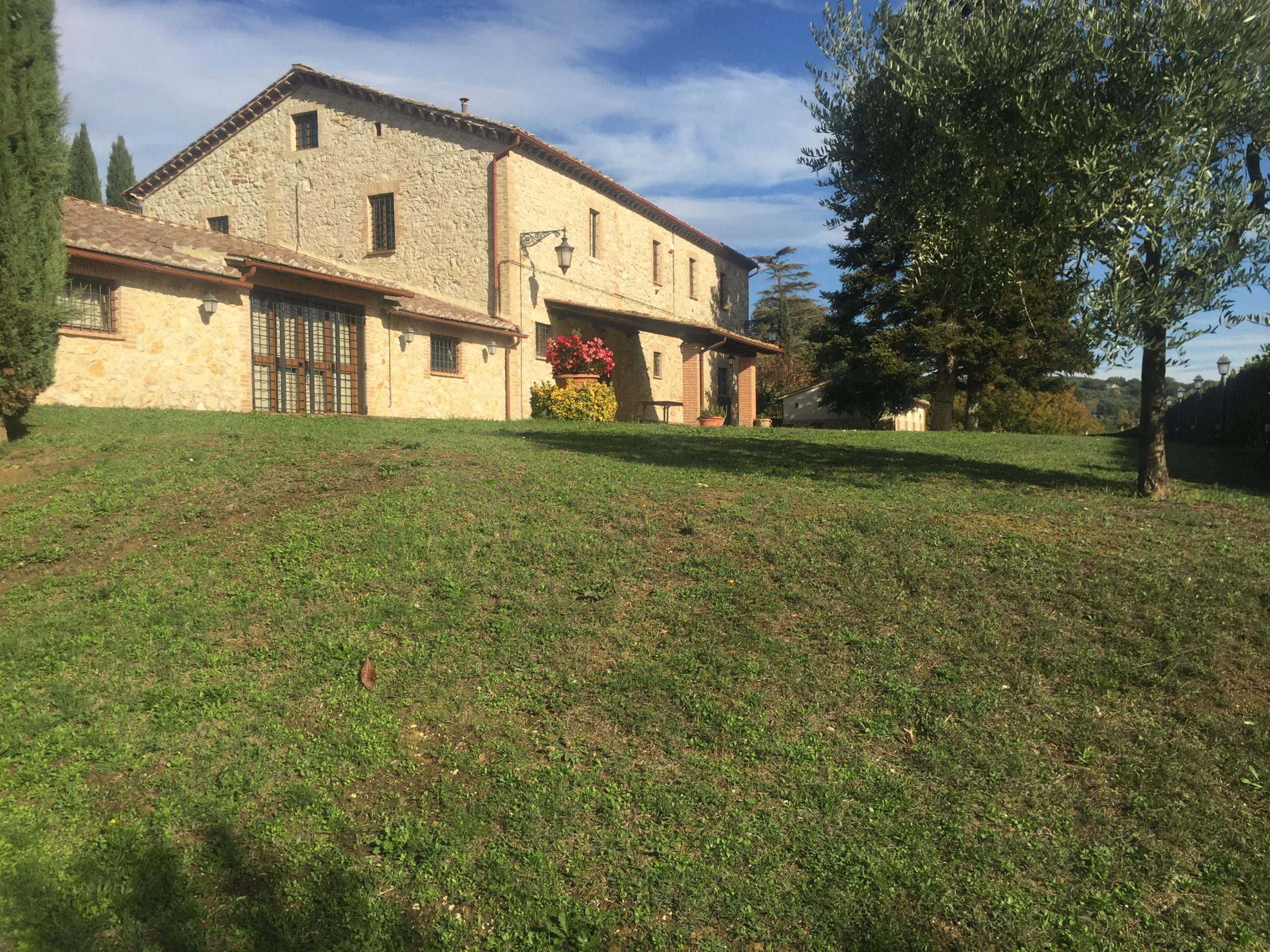 Before we arrived in the very southern part of Umbria, we had seen a number of properties advertised on the many estate agents sites and were lucky enough to have organised some viewings. Our first was in the hillside just outside of a small town called Amelia. Now this property is one of a kind, in that it is actually two large main dwellings, agricultural buildings and approximately 26 Hectares (26,000 m2 or (64 acres)) of land. One of the properties is predominantly a wedding venue, including an industrial kitchen, bar, several dinning rooms, and approximately 5 bedrooms as well as an upstairs kitchen and living area and several bathrooms. Alongside this stands an additional bungalow, set out as a bridal suite which has a bedroom, lounge and private kitchen and bathroom. Behind the two main buildings there is a large patio with a modest swimming pool and an area for outdoor entertainment/band performances.

Below the main building is an extensive patio and lawned space suitable for outdoor dining. A short hedge shields the views whilst seated, however we think that you will all be suitably impressed by the actual panoramic views from this space looking out above the green wall. The silence was breathtaking from this balcony looking southwards towards Rome. Below this is a further large green for both vehicle parking and olive groves. ‘Il Colle’ as it is currently named is accessed from an entrance off of a wide and gravel paved road, through an impressive walled gate facade. A terracotta paved slope rises towards the pool area, and to the left is an access to the agricultural storage buildings and the upper slopes that will almost certainly be a great site for the vegetable and other food production. It is close enough to the main kitchens to be useful as a day-to-day food larder. Also on this small hill are several water wells and further tractor storage buildings, set amidst the established olive groves. The fields can be accessed by several other gated field entrances from both the main service road and the adjoining property boundary.

We became aware during the visit that the owners of the entire property are prepared to sell it as two separate properties, which would make it a much more affordable venture to begin with, but also with room for further expansion in the future when the Share-It Community grows to the sort of numbers we estimated for an ideal co-operative community. We cannot go into too much detail at this point unless we could actually buy both properties, out of respect for the wishes of the owners. However if you wish to come and view the property with us, you would also be able to imagine the added wow factor of integrating that as part of the combined community space. The second house has an impressive lounge area covering some 75 m2 set out in six individual spaces, a large farmhouse kitchen and 5 additional bedrooms served by a family bathroom and four other living rooms and other bathrooms. There is a family chapel and even a private cinema as well as several other outbuildings and two functioning water wells. This property is connected at some distance from the main property by a gated lane and also served by a separate gated entrance from the main highway.

On reflection we both felt this property had the best ready to go possibility of all of the ones we saw and was in excellent upkeep, state of heating, lighting and laundry facility. The potential for self-sufficient food security and longevity was a key part of our concerns. The fact that this property had space for feeding a large group of people on a daily basis, in almost new condition industrial kitchen and dining settings made this an obvious favourite. It has many storage rooms and equipment that comes as part of the sale, which is potentially a vast outlay of pre-trading expenses and this again would be of huge benefit to our community. The property also has an installed Photo Voltaic system in both parts of the entire property which is in the area of a 30 kw/h provision.

We thoroughly recommend that you get on board with the Share-It Community and begin sharing the adventure of living this with us here in the warm and productive lands of Umbria. We are looking for new members of the community that want a life less complicated, a sharing experiences in a caring space. And people who really want to do things differently in a time when separation is becoming ever more acute, and restrictions are holding us back from achieving our true potentials.

We hope you enjoyed the tour around this promising site near Amelia and we look forward to hearing from you soon.
Share-It x